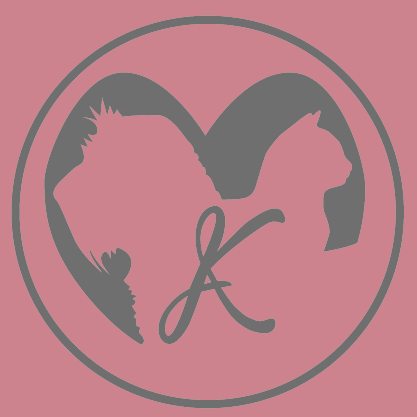 All species display intelligence, but humans tend to place themselves as superior over other species. One of the reasons for this is the way intelligence is tested and a lack of agreement between professionals as to what intelligence is. It is topic that has interested researchers for many, many years. Though there is a lack of agreement on the topic there are some common themes including; types, how many types there are, what they mean, how it is represented in the brain and the role of nature versus nurture.

All species display intelligence, but humans tend to place themselves as superior over other species. One of the reasons for this is the way intelligence is tested and a lack of agreement between professionals as to what intelligence is. It is topic that has interested researchers for many, many years. Though there is a lack of agreement on the topic there are some common themes including; types, how many types there are, what they mean, how it is represented in the brain and the role of nature versus nurture. There are many that think it cannot be fully defined but it can be split into three areas; the definition, the measure and desirability.

This approach sees labels applied which are not very helpful in their meaning; smart, dumb, intelligent, un-intelligent. These really rely on the capabilities of the individual to possess, learn from experience, achieve goals, plan, problem solve and think abstractly. There are more aspects to consider so this approach isn’t necessarily applicable to animals.

This approach attempts to create a definition created from the many occurring themes within research on intelligence narrowing the themes into four categories; mental ability, adaption ability, genetics and education. These themes can potentially be applied to humans and animals. Exploring mental ability more includes; problem solving, abstract thinking, perception and quick learning (plus more) which are all traits documented in animals, Octopus for example.

This approach includes multiple components covering many forms of intelligence; logical, speech, spatial and more. There are many components to this but can relate to nature versus nurture theory. This may be the best theory to assess animal intelligence as an alternative definition is the ability to thrive anywhere in multiple cultures across divides. This relies on social learning, using highly adaptive skills of observation and interaction to then link them together. These skills are documented with animals and if you live with an animal may have even witnessed this yourself.

There are many approaches to measuring intelligence, but most do not relate to measuring animal intelligence, such as IQ tests. IQ tests are used for human intelligence but can be critiqued for how rigid they are focusing on mental abilities only. Another measure is to test creativity, cognition and practicality but these tests are difficult to streamline. An aspect of this is an approach called Theory of Mind which has been used to test animal intelligence. This looks at conscious knowledge, self-perception and perception of others (including false belief). This has been used to test intelligence in species such as wolves and chimpanzees.

An example of false belief has been documented in animals, for example, killdeer birds will feign a broken with to lure a predator away from their nest. This indicates they also have a perception of the predators’ intentions.

Social learning in animals can be used as a measure such as tool use as it involves mimicking and cognition. This has been documented in many species; orangutans, green jays, chimpanzees, dolphins (and more). Some researches do not feel this is a measure of intelligence as it can be achieved through imitation but some species plan to use tools indicating a higher level of cognition. Octopus for example carry coconut shells for defence from predators, dolphins carry sea sponges for foraging retrieving them between uses.

Versatility or flexibility can be used to measure intelligence in animals when the individual demonstrates behaviours which are not typical for the species, such as the octopus and dolphin examples above. Dolphins have also been documented to infer solutions to tasks after being trained in another area. This can also relate to brain size, which, may also be a measure in animal intelligence. Brain size is documented as helping with cognitive skills or the ability to specialise in a skill. This is documented in Bower birds whom have a larger brain than other birds.

Generally, when measuring animal intelligence humans use observation techniques. This can make it difficult to establish reliability in the results especially as there isn’t one singular factor to measure animal intelligence. This really indicates that animals should be assessed in their natural environment via a number of methods if we are to compare their intelligence with ours.